One of the things I just love about the physical scrapbook embellishments Ali and her team produce are the unique surfaces and textures they are made from or printed on. Fabric stickers, rubber tags, cork trees, or wood veneer words–when these items are released in her shop, they sell out QUICKLY!

So what can a we do if we love the look of those different textures but are working with pixels? Fake it and make it!

In this tutorial I’m going to demonstrate how to add texture to some of those digital embellishments to make them look like their physical counterparts. If you want to follow along with the video, you will need the following:

Affinity Photo App on your iPad

Those background textures are something you will have to search for on the internet. Look for some free ones using keywords like “free cork background texture,” or something along those lines. The ones I am using I purchased through Shutterstock several years ago.

I think you guys are really going to like this video! Click the link below and get ready to have some fun! Leave a comment with any questions below! 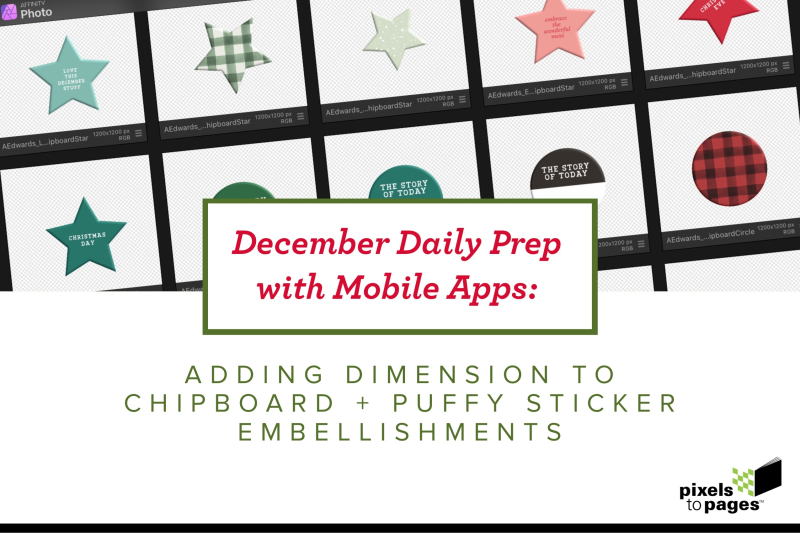 Hey there mobile memory keepers and December Daily fans! Did you find the Modifying Template Tutorial helpful? Please remember to drop me a line if you have any questions. I am more than happy to help! Today I wanted to share with you how I am adding a little bit of dimension the December Daily digital embellishments I’ve purchased at AliEdwards.com. In previous years, adding dimension to those embellishments is something I would do as I was building a page, if at all. But this year, I wanted to challenge myself to see just how much I can make these digital goodies look like the real thing, and that required working ahead.

If you are familiar with Ali’s digital products, you know that traditionally they are “flat” compared to their physical versions. So, for example, if one of Ali’s physical embellishments is made of cork, like these hexagons… …the digital version is not going to have a cork texture, but most of the time, the colors will be similar to the physical version. You can see what I mean by the digital version being “flat” in the photo below. And there is nothing wrong with this! 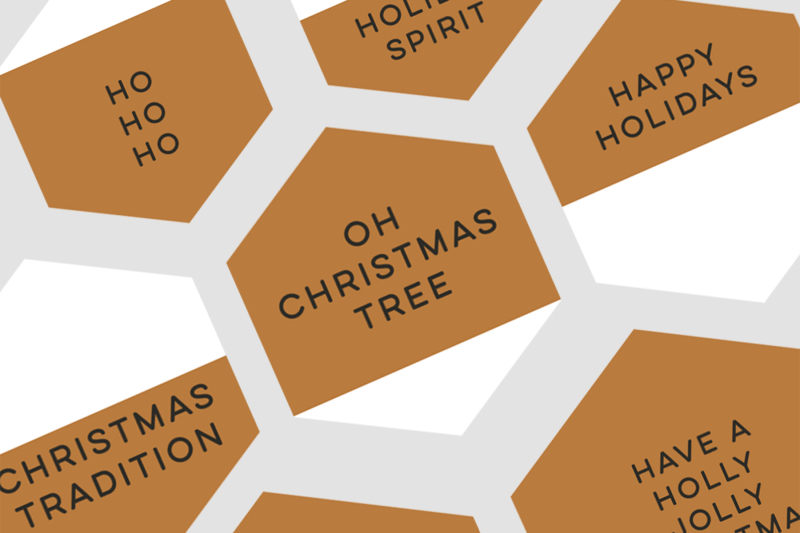 I know there are some mobile memory keepers and digital scrapbookers out there that wish those products came looking similar to their physical counterparts in texture and dimension. But this girl is glad they don’t! By keeping them in their most simplistic form (meaning shape and color), it gives the app-scrapper or digital scrapbooker more flexibility to change color, add their own texture, or keep them flat. This also gives one the opportunity to develop their design skills when using the app!

I will be covering how I add dimension and/or texture to a variety of different digital embellishments in this, and upcoming December Daily Prep videos. But before you click the link below there are two things I need to point out:

In this first video we are going to start off easy and go over chipboard and puffy sticker embellishments. In my opinion, these are the simplest objects to add dimension. If you want to follow along with the video you will need:

Affinity Photo App on your iPad

Click the video below to watch. Let me know if I can help you with anything by leaving a comment! 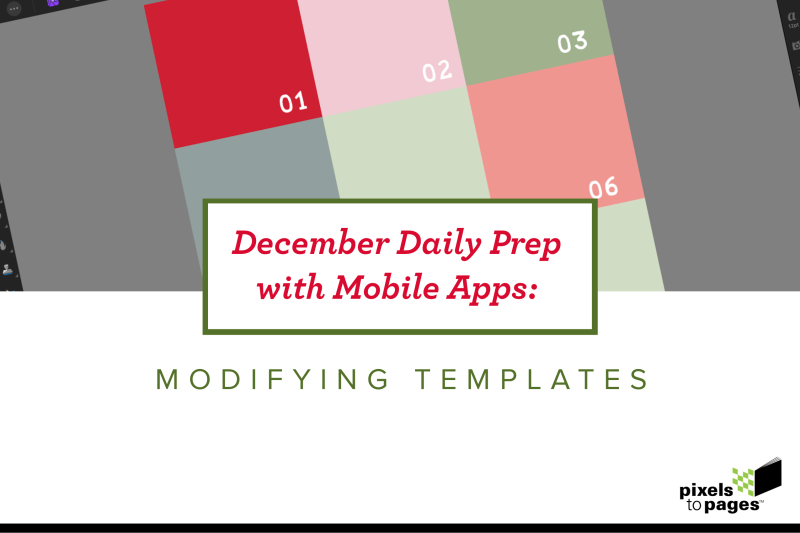 During the calendar year of an avid memory keeper, November is a month when we start to plan how we are going to document the holiday season. In addition to planning a family photo shoot or scheduling fun holiday outings, many of us are gathering our scrapbook supplies, getting ready for that month-long, once-a-year project we know as, “December Daily.” If you are unfamiliar with this project, you can read all about it here at aliedwards.com.

I thought by switching over to mobile memory keeping, I would be missing out on all of the fun the traditional scrappers have when prepping foundation pages or organizing their supplies to get ready for December. But I found that not to be the case at all! There are several things that I do to prepare and I am going to use the next few posts to share with you what they are.

I start this project with the end in mind. To me, that means printing the book. I mentioned in an earlier post that my December Daily albums are printed through ZNO. ZNO is one of the few companies that print 6x8 hardbound books. I always hear of people being disappointed when they receive book they have printed at various online printing companies. Page borders may not be even, or text is cut off, etc. This was a concern of mine and after some playing around—and trial and error–I figured out how to get my pages to print perfectly with ZNO, but it takes a little prep work. In the video below I share with you my process of how I go about modifying the 6x8 digital page templates I purchase in Ali’s shop. If you are going to follow along you would need the following:

Click the image below to watch the video. If you have any questions, please post them in the comments!

It's a long holiday weekend for me and Chris here in the Sunshine State. Hopefully you have Veteran's Day off, too! Use this time to start modifying your templates! I’ll be back on Tuesday with a new December Daily Prep with Mobile Apps Tutorial!

Oh how I love this project! I created my first December Daily album back in 2011. We were living in Riga, Latvia and I couldn’t wait to document Christmas in Europe. I brought a good amount of scrapbooking supplies overseas with me and created an 8x8 album with whatever Christmas supplies I had on hand. In 2012 we were still in Latvia and that was the first year I purchased Ali Edwards’ December Daily Kit, with a 4x6 album. It may have even been the first year she offered a physical kit, not sure. Unfortunately I didn’t create one in 2013. We were in the middle of a move and there was just no time (PSA..NEVER move during the holiday season–just don’t). 2014 (6x8 album), and 2015 (6x8 album) were also physical albums using Ali’s December Daily Kits.

In 2016, I had every intention of creating another physical album. I had Ali’s 2016 December Daily Kit in hand and was taking photos everyday. But that thing called a full-time job got in the way. By the time I came home after work and made dinner, I was too tired to do anything else. I mean I think I did one page along with the title page, but then I gave up. See...they are right here: 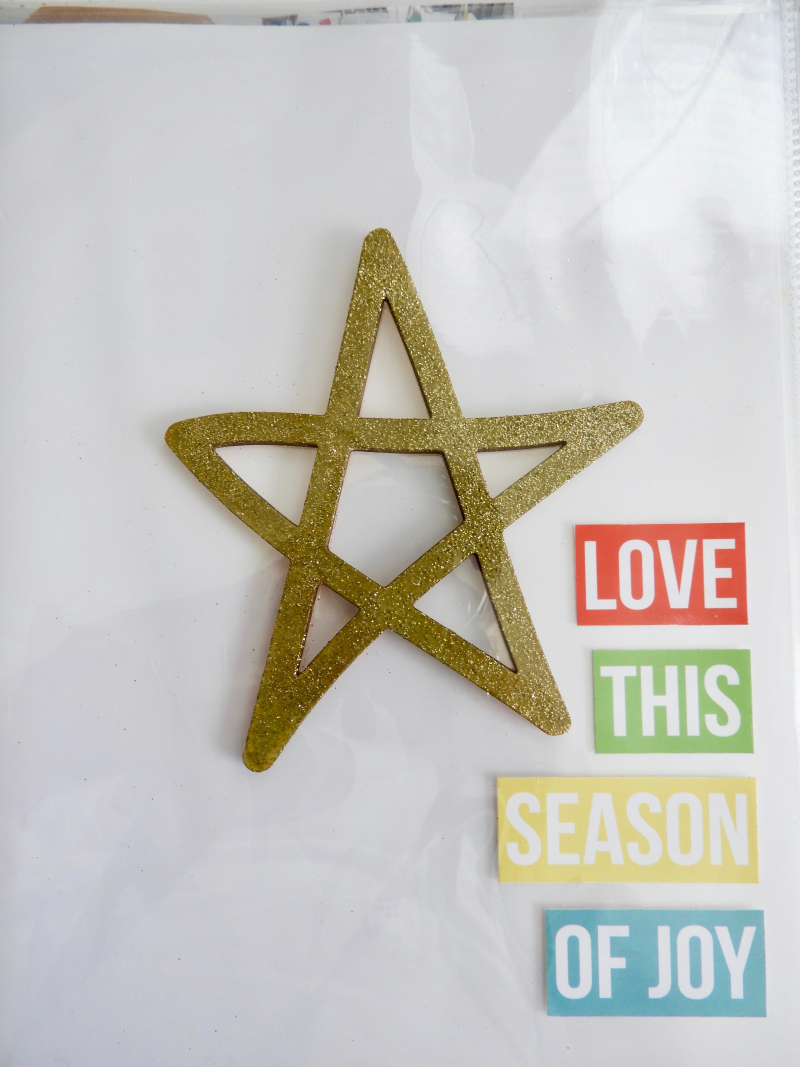 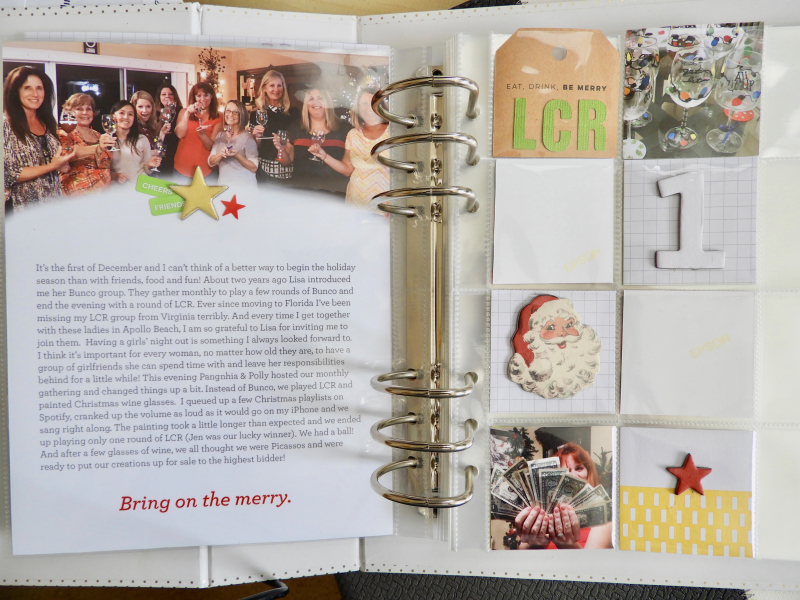 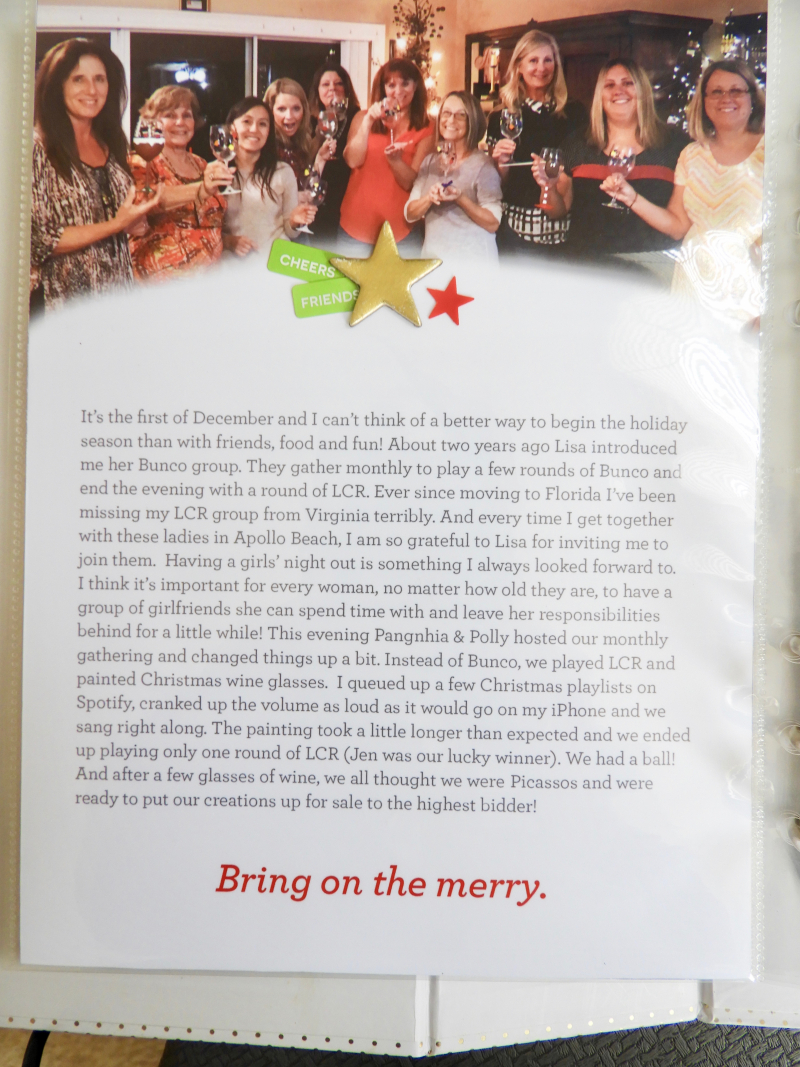 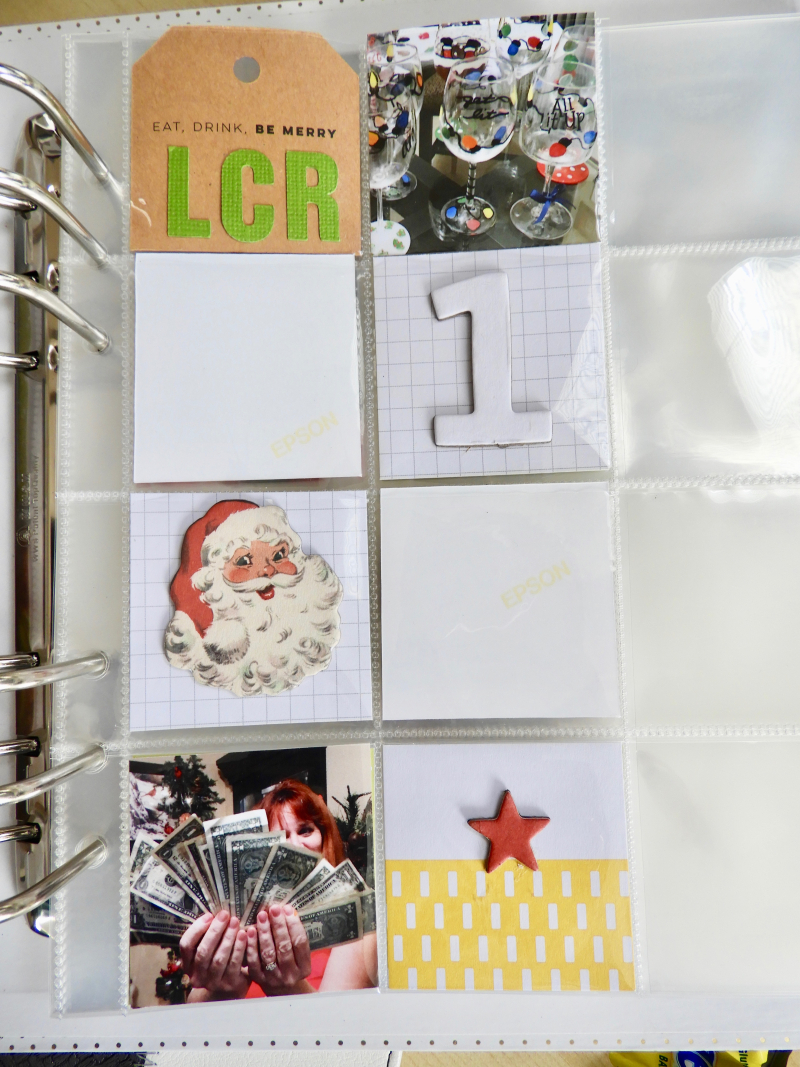 Fast forward to the summer of 2017. British software developer, Serif Labs, introduced the Affinity Photo app for specific iPads. Affinity Photo is an app that supports layered PSD files. I was already creating my Project Life albums on my mobile device so why not try and do a December Daily album as well. I remember “translating” the physical version of Day One 2016 to an app format and I never looked back! Look: 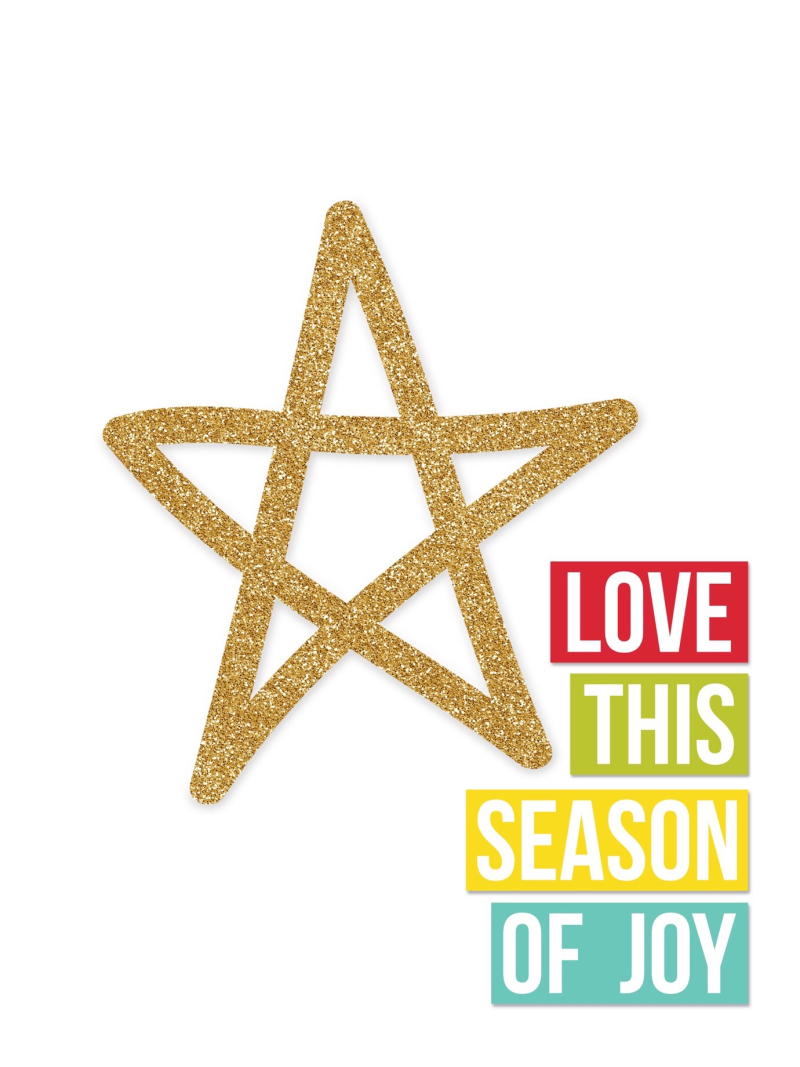 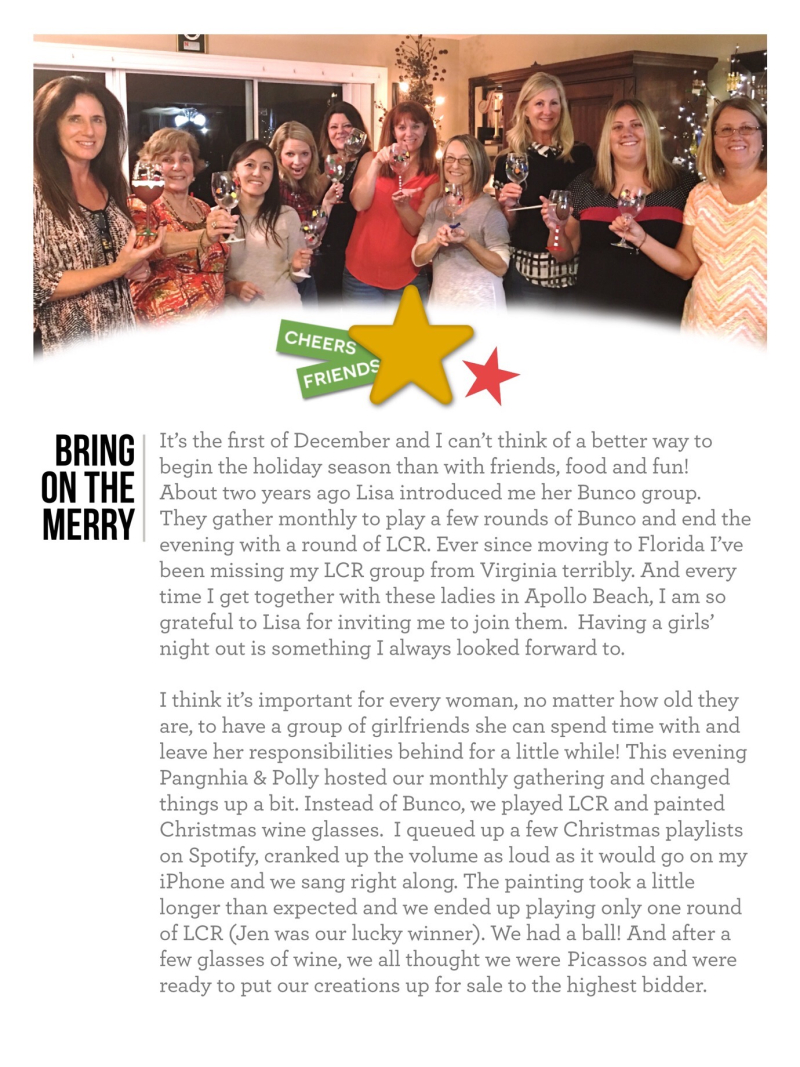 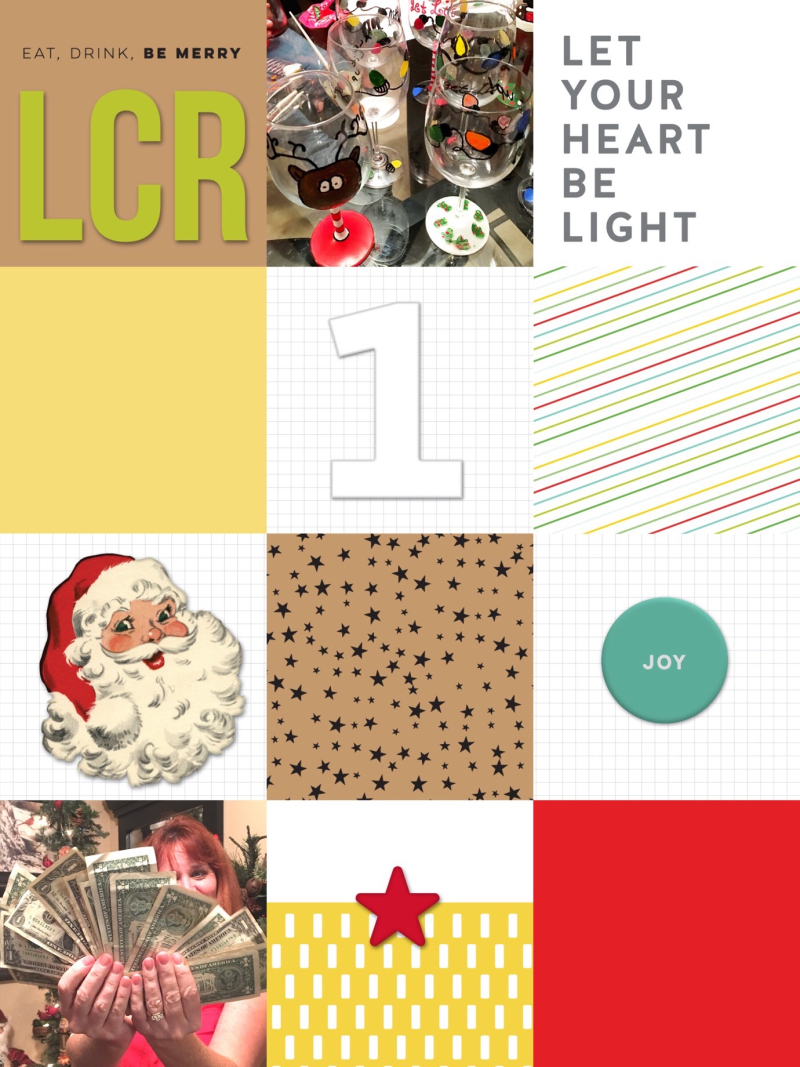 What solidified my decision even more to go totally mobile was that over Labor Day weekend in 2017, we took a trip to San Francisco. I was able to continue to work on my 2016 DD pages while on the plane! I had all of Ali’s digital December Daily products in iCloud Drive and could access them in Affinity Photo! This made me SO HAPPY! 2019 will be the 4th year I am creating my December Daily on my iPad, using Affinity Photo!

Affinity Photo: One of the things I love about Affinity is I can organize my files into projects. So I have a project for each year of my December Daily albums, another for templates, and another for the working files of the textured embellishments.

iCloud Drive: I keep all of Ali Edwards’ December Daily digital products organized in my iCloud Drive. This is the easiest way for me to access them through Affinity Photo! I can have two windows open at once on my iPad, so I just drag and drop elements from iCloud Drive to the page I am working on in Affinity! I have a folder with all of the 2019 Digital December Daily products and then a bunch of other folders with Ali’s past December Daily digitals organized into different categories. Once the 2019 season is over, those products will be broken up and placed into those various categories. I will elaborate on this further in an upcoming post.

Project Life App: While I do not have my December Daily album printed through the PL App, I do place the pages in the full 6x8 collage to share on my Instagram account. I’ll explain more about this in an upcoming post, too!

So that’s it! Those are my go to apps for documenting our December on my iPad. Stay tuned! I have several posts that will be published that will show you what I do to prepare for December Daily prior to December 1st! If you have created a December Daily album on your mobile device in the past, what are some of the the things you to prepare before December comes along?

Welcome to the Pixels to Pages Blog

Hello friends!!!!! Oh my gosh! I am so excited to start blogging again! If you have reached this blog via my new Pixels to Pages Facebook page, the Kelly Sill Design Facebook Page (soon to be deleted), or Pixels to Pages Instagram account, welcome! I am so glad you are here! I have truly missed blogging over the past several years. Serving the memory-keeping community with with tutorials, design tips and tricks, and freebies is my passion. You know that rush of endorphins you get after a run or exercise class? That’s the feeling I get when I serve up these nuggets of creativity with you. I can’t wait to feel that “high” again! I love sharing my pages and projects in hopes that it inspires others to tell their own stories. I have been away from sharing my photos and stories for quite some time now, but there were a couple of "subtle signs" over the past few weeks that I needed to start doing this again, so here I am! 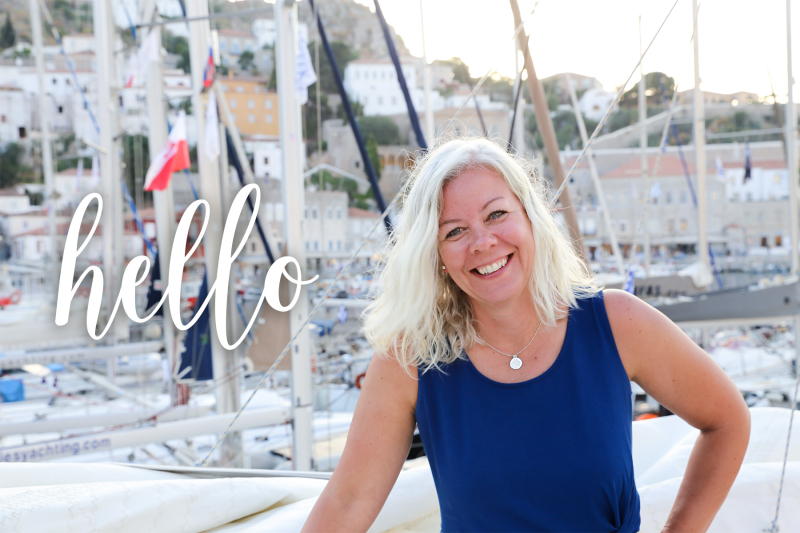 The running list of topics and information I look forward to sharing here is a long one. Not only will I be sharing all things mobile scrapbooking, but I’ll share recipes, personal projects, and a few of my favorite things. BUT I also want to know what kind of content YOU want to see here at Pixels to Pages. What are some of the obstacles do you find yourself faced with when it comes to mobile scrapbooking? Is there an app(s) you want to learn more about and master? Are you confused about cloud storage? Are you wondering how to transition from physical/digital scrapbooking to app-scrapping? Talk to me, friends! I’m here to help you! Feel free to leave me a comment below!

As time goes on, this blog will have more and more content, tutorials, and visual inspiration. With it being so close to the holidays of this blog going live, the first subject you can count on reading a lot about is December Daily! Over the next few weeks, I will be sharing video tutorials of what I do to prepare for this yearly project! Remember, I am a mobile memory keeper, aka, "app-scrapper," so everything thing I do will be done on my iPad Pro!